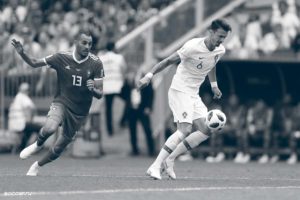 The quantification of accelerations have been used to overcome the limitations of speed-based monitoring. For instance, players’ accelerations have been categorized based on intensity thresholds (such as the number of accelerations >2 m·s−2) (Buchheit et al., 2014). The physiological demands in a repeated sprint exercise (RSE) are considered to be mainly affected by acceleration intensity when running distance has been maintained constant. Previous evidence has reported that faster accelerations involve higher metabolic (e.g. lactate, RPE, and HR) and mechanical (e. g. dynamic stress load [DSL]) demands than less intense accelerations. However, such demands have not been clearly described in the literature and, therefore, a lack of data examining this topic exists.

It has been recognized that the integration of both external and internal training load parameters may offer a better comprehension of the players’ training load. To date, no study has evaluated the effect of accelerations with different intensities (e.g. maximal and submaximal) on external and internal load parameters in soccer. Considering, the limited evidence about this argument, the aim of this study was to compare the acceleration contribution to training load indicators during a standardized RSE protocol in soccer players.

Table 1. Summary of between differences of RSE-MA and RSE-SA (n = 16). Data are presented in mean±SDs.