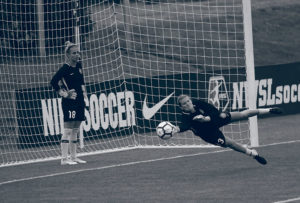 Soccer coaches have limited resources to change the course of the match (Rey et al., 2015). In this regard, efficient management of substitutions may contribute to sustaining or reverting the score-line of a match (Carling et al., 2015; Reyet al., 2015). There are a wide variety of reasons to make substitutions, such as to modify tactical behaviors, restructure the team after a dismissal, and replace players punished with a yellow card, among others. Accordingly, several studies have investigated the match physical performance of substitute players. Nevertheless, there is scarce information in the current literature on the technical performance of substitute players in soccer. This information could be relevant, taking into account that technical performance is considered a key factor for match success in professional soccer (Castellano et al., 2012; Konefal et al., 2019).

The objectives of this study were to analyze and compare the technical and physical performance of substitute players with players who completed the entire match or were replaced during the game.

After performing 6,631 individual observations of 431 professional soccer players competing in the German Bundesliga, the authors observed that:

In professional soccer, substitute players are able to perform better and more effectively than replaced and entire match players relative to playing time, in both physical and technical aspects. Although some particularities were observed among playing positions, in general, substitute players covered relatively higher total distances and executed a higher number of intense actions, besides being more consistent in a series of technical tasks.