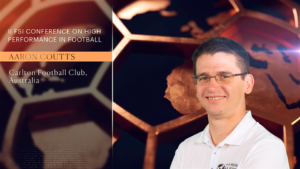 Posted at 00:00h in Expert Opinion by FSI

Fatigue is a complex mechanism involving both physiological and psychological fatigue. Mental fatigue (MF) is a psychobiological state caused by prolonged periods of demanding cognitive activity shown to negatively influence physical performance, although it is under-investigated in soccer. In a series of counterbalanced, crossover randomized studies, when soccer players were exposed to MF conditions (compared to control situations), several aspects of soccer performance were impaired.

In terms of physical performance, although it had no effect on high speed distance or sprint, MF was shown to reduce distances covered at low speeds (walking, jogging and running) and increase the perceived effort exerted to maintain the same velocity (RPE/velocity ratio); they were less efficient. Technical skill are also impaired when mentally fatigued, as players have decreased accuracy of passing and shooting (they made more mistakes). Additionally, they took longer and made poorer decisions in laboratory recreated small-sided games (SSG), even though they had the same information before performing a decision (studied through visual scanning). These findings has been confirmed in ecological fatigue scenarios (soccer-specific 5v5 SSG).

Although MF did not have impact on physical performance, it meaningfully impaired technical proficiency of the players, i.e. lower involvements with the ball, less possesions, and more errors in control, tackles, and passes. On the other hand, MF doesn’t seem to be a problem in soccer academies, although it is not known what may occur in elite settings. Therefore, from the research done at the moment, it can be concluded that MF impairs several aspects of soccer performance (physical and technico-tactical performance), so care must be taken in the possible influence of smart phone use, long video sessions and heavy tactical training, as well as implement strategies to avoid pre-match MF levels in soccer players.