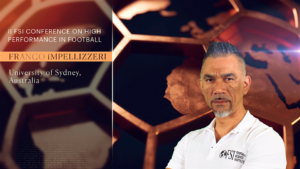 Worst case scenarios (WCS) are the most intense physical activities experienced during match-play and they are analyzed via shorter match periods in different time windows (commonly, from 1’ to 10’). WCS are mainly used for establishing benchmarks for designing drills that are believed to reproduce what is happening in competition, thus implying several conceptual assumptions, such as WCS replication would improve WCS performance in itself, that WCS are adequate to design representative drills in terms of physical and tactical/technical activities, and that WCS occurs in crucial phases of the match.

However, some of them may be wrong:

when using WCS, the intention solely relies on replicating them, instead of targeting the physiological factors that determine the key determinants of performance, as principles of training may dictate; (2) WCS show high variability among matches and are highly distributed along the season and matches (they are poor for benchmarking); (3) they are influenced by, and occur under a wide range of conditions (not only physical, but also technical-tactical and contextual), so they may not be necessarily the result of the maximal ability of the player.

If all components that determine WCS are not replicated in drills, they will not be properly addressed; (4) there is no evidence on what the best WCS are (highest vs average, time windows, including vs excluding previous activities); (5) it is unreasonable that by repeating WCS they will be improved; and (5) it is not clear that WCS happen in the most crucial moments of matches, hence if they can impact performance. Therefore, the best way to use WCS may be to understand the physical characteristics that determine high intensity efforts in matches to target their specific physiological systems. Key words: worst case scenario, match demands, soccer drills, performance determinants.