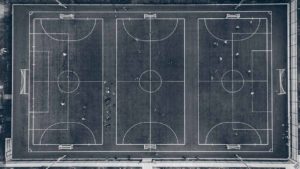 This study assesses the measurement properties of external training load measures across three formats of standardised training games (11v11, 10v10, 7v7+6) using Global Positioning Systems in . 88 players from two English professional soccer clubs. Total distance (TD) and PlayerLoad™ (PL) demonstrated good sensitivity on a group level. However, a wide variety of within-subject reliability was demonstrated for these variables. High speed running demonstrated poor reliability across all three formats of SSG. Given the within-subject variation, the reliability of external training load measures across trials of standardised training games should be calculated on an individual level.

Return to Play and Player Performance After Meniscal Tear Among Elite-Level European Soccer Players: A Matched Cohort Analysis of Injuries From 2006 to 2016.

This study used publicly available records to identify 250 players who sustained meniscal tears across the 5 major European soccer leagues (English Premier League, Bundesliga, La Liga, Ligue 1, and Serie A) between 2006 and 2016. Median absence was 57.5 days or 7 games. Rate of RTP was 70%, and the reinjury rate 5%. Age greater than 30 years was a negative predictor for RTP, whereas higher preinjury goals per game and surgical management were positive predictors for RTP. Surgical management was associated with higher long-term availability. There were no significant differences in field time or performance metrics after RTP in comparison with healthy players.

Exploring the Use of Player Load in Elite Soccer Players

This study analyses the player load (WIMU Pro tracking systems) in elite soccer players. A large correlation was found between player load and distance covered, and the distance may be predicted by the player load, an accelerometry-based metric, which combines the accelerations in anterior-posterior, medial-lateral, and vertical planes. So, strength and conditioning coaches may use this parameter as a measure of total body load.