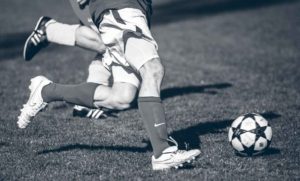 This study use principal component analysis (PCA) to study the matches corresponding to the 2015/16, 2016/17 and 2017/18 seasons of LaLiga. Goals, ball possession time in the final third of the field, number of effective shots and crosses are the main discriminating performance factors in these seasons.

This systematic review with a meta-analysis showed that neither small-sided games (SSGs)-based interventions nor running-based high-intensity interval training (HIIT) interventions were effective in improving soccer players’ repeated sprint ability (RSA), with no differences found between the effects of these two types of training, suggesting that complementary training or different forms of SSGs and HIITs may be performed to improve their effects.

4. The 360° Performance System in Team Sports: Is It Time to Design a “Personalized Jacket” for Team Sports Players?
Jukic I et al.

The best players in elite team sports have became incredibly skilled and physically powerful, which is a fact that potentiates the delivery of a product that is considered attractive, exciting, competitive, and very valuable from an economic and social standpoint. This scientific and applied study deals with the individual treatment of these players in order to improve their personal performance and, consequently, the team’s sporting performance.

This retrospective case-control study with knee magnetic resonance imaging revealed that posterior tibial and meniscal slopes were related to a greater risk of rupture of the ACL in professional male soccer players, and that the lateral and medial posterior meniscal slopes are predictors for ACL rupture.

This study in 84 youth U-17 national team players using GPS technology between 2016 and 2020, on the training load data relative to the match load obtained from 3 days before the actual match day (MD-3, MD-2, MD-1 days) revealed that the training volume was highest on MD-3 and lowest in MD-1, but high-intensity variables, such as maximum velocity, high-intensity accelerations, and meterage per minute were larger in the MD-1 training.

Among different risk factors, a prolonged lack of vitamin D (25(OH)D) can lead to stress fractures in athletes. This review concludes that in case of a deficiency of 25(OH)D, normal blood levels of ≥30 ng/mL may be restored by optimizing the athlete’s lifestyle and, if appropriate, an oral substitution of 25(OH)D daily with 800 IU 25(OH)D and 2000 mg calcium, whereas recommendations may go up to 2000 IU of 25(OH)D per day.