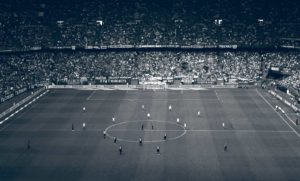 1. Return to Sports After Total Hip Arthroplasty: An Umbrella Review for Consensus Guidelines

This systematic review on return to sport RTS after Total Hip Arthroplasty found that most patients are able to return to preoperative levels of low- (eg, walking) and moderate-impact (eg, hiking) sports between 7 and 12 months after THA. Patients planning a return to high-impact (eg, singles tennis, soccer) sports should be counseled on the possible risks of traumatic injuries and aseptic loosening and monitored closely. The best prognostic indicator for RTS was previous experience in that sport.

In this study, between August 2020 and March 2021, football players who tested positive for SARS-CoV-2 were identified through media search (professional level) and a nationwide registry in Germany (amateur and youth level). Out of 1247 identified football matches and training sessions, 104 cases were detected. Follow-up PCR testing at the professional level revealed no transmission. At the amateur and youth level, 2 detected transmissions were attributed to non-football activities. Video analysis of 21 matches demonstrating frontal contacts were <1 per player-hour, each lasting no longer than 3 s. In conclusion, on-field transmission risk of SARS-CoV-2 in football is very low.

3. Progressive Rehabilitation of a Professional Soccer Player After an Anterior Cruciate Ligament Reconstruction in Phase 1: Clinical Perspective with Video Demonstration

This case report outlines the postoperative phase 1 of a Romanian first-division soccer player who returned to same-level competition in 7 months after an ACL reconstruction and partial meniscectomy, and has remained at that level 6 years later, depicting the clinical progression of exercises with video demonstrations to achieve all the phase 1 objectives.