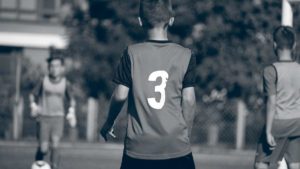 1. Cross-sectional Study of EMG and EMG Rise During Fast and Slow Hamstring Exercises

This study in 23 recreationally active male participants shows that the Nordic Hamstring exercise elicited a higher rate of electromyographic rise (RER) at an earlier time point of the Biceps Femoris long head contraction than the conventional prone Leg Curl, and a novel high-velocity Hamstring Catches exercise, suggesting that the Nordic Hamstring have more potential to improve the rate of force development compared with the two other exercises.

2. Peak running speed can be used to monitor neuromuscular fatigue from a standardized running test in team sport athletes.

This study in 20 semi-professional academy soccer players shows that the peak running speed measured during a submaximal run test is affected after a soccer match in a similar way that the countermovement jump test CMJ, with decrements still evident 48-hours post-match before returning to baseline 72-hours post-match, suggesting that the submaximal run test can provide an alternate method to CMJ for measuring neuromuscular fatigue.

To identify risk factors for inversion ankle sprains, 145 male collegiate soccer players were assessed during 2019 preseason, including anthropometric measurements, joint laxity and flexibility, muscle flexibility, muscle strength, and balance ability, with a total of 33 variables. A total of 31 inversion ankle sprains occurred during the season, and only the measured isometric hip abductor strength was significantly lower in injured players as compared with uninjured players, indicating that hip abductor strength deficit was a risk factor for inversion ankle sprain in the study population.

4. Football-related injuries are the major reason for the career end of professional male football players

This study by questionnaire in 116 retired male professional football players of the German Bundesliga shows that most of them (n = 73 (62.9%)) stated an injury as the reason for ending their professional career. Relevant injuries were mainly located in the lower extremities with a focus on the knee and ankle. A significant majority of the participants who had retired due to injury described degenerative symptoms, such as pain or instability, and were diagnosed with osteoarthritis after retirement. Moreover, players who had not retired due to injury had significantly better overall health status and quality of life after retirement. So, football-related injuries have a significant impact on the career end of professional male football players and their health status after retirement.

5. Wearable Inertial Measurement Unit to Accelerometer-Based Training Monotony and Strain during a Soccer Season: A within-Group Study for Starters and Non-Starters

Department of Physical Education and Sports, University of Granada, Spain

This study analyzing 21 starter and non-starter male professional soccer players with accelerometry showed that in pre-season, coaches applied higher levels of training with greater emphasis on deceleration for non-starters. This tendency was reduced over time for non-starters, while starters presented higher values of deceleration in Zone 1 (<2 m/s2) at the end of the season. The results suggest that non-starter players should receive higher levels of load to compensate for non-participation in matches throughout a soccer season.

This study performed on 29 players of a professional elite soccer club in the English Premier League during two seasons shows that players who completed more than 60 min in the previous game had significantly increased pregame CK levels and fatigue in multi-match weeks, which should play a role in deciding substitutions.

Clear decreases in horizontal force production (FH0) during early sprint acceleration have been reported after hamstring injuries (HI) in football players. This prospective study in 284 football players over one season found that a total of 47 new HI were observed in 38 out of 284 players, and lower measured FH0 values in a 30m field sprint tests were significantly associated with a higher risk of sustaining HI within the weeks following the sprint measurement (HR = 2.67: 1.51 to 4.73), what suggests that FH0 decreases may be considered as a potential additional factor associated with HI risk.