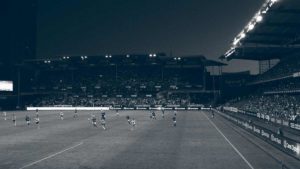 1. Local dynamic stability of the lower-limb as a means of post-hoc injury classification

This study used the Local Dynamic Stability (LDS), a multivariate logistic regression of the kinematic trajectories of repetitive vertical jumps in 27 female collegiate soccer and basketball athletes, with 7 subjects having sustained previous knee injury requiring surgery and 20 subjects with no history of injury. LDS correctly identified 84% of previously injured and uninjured subjects, while no statistical difference in kinematic position at maximum knee flexion during all jumps was found, suggesting that future studies should look specifically at LDS with respect to injury prevention as it cannot be effectively inferred from kinematics isolated values.

Video analysis of 128 competitive matches with ACL injury events was performed through Wyscout.com® from August 2009 to January 2020. Most of the injuries occur during the first thirty minutes after entering the field. It therefore seems unlikely that fatigue will play an important role. Valgus external rotation, eccentric muscular contraction, loss of the center of gravity, attempting to recover the ball are the most frequent scenario.

3. Effects of including endurance and speed sessions within small-sided soccer games periodization on physical fitness

In this study 16 First Division players of a European League were randomly assigned to perform only SSG periodization (G-SSG group) or to add 6 endurance and speed training sessions to the SSG (ES-SSG group) during 6 weeks.  The G-SSG group showed a large improvement in the Yo-Yo Intermittent Recovery Test level 1 YYIR1 performance, whereas no significant changes were observed for the ES-SSG group. In addition, no significant differences in sprint performance at 5 and 10 m intervals up to 40 m were observed between groups. So, the 6-week SSG training supported with only six endurance and speed training sessions was no more effective than well-organized SSG alone for improving running endurance in professional soccer players.

4. Effect of formation, ball in play and ball possession on peak demands in elite soccer

This study examined the 1-min most demands passages (MDP) in 18 official matches of the Italian Serie A. For very high speeds and Acc/Dec, 1-min MDPs showed fourfold higher locomotor requirements than 90-min, whereas positional and playing formation differences were observed, that should be accounted for when conditioning players for peak demands in matches.

6. A Comparison of Match Demands Using Ball-in-Play versus Whole Match Data in Professional Soccer Players of the English Championship

Effective playing time per soccer game is typically <60 min. When the ball is out of play, players spend time repositioning themselves, which is likely less physically demanding. Consequently, reporting whole match demands may under-report the physical requirements of soccer players. In this study, Ball in Play BiP data of 20 professional soccer players over 8 professional soccer matches in the English Championship showed that whole match metrics were significantly lower than BiP metrics, with no significant differences between positions.

This study assessed the R577X polymorphism in the gene encoding α-actinin-3 (ACTN3) In 46 (22 male and 24 female) players from a top-level professional soccer team during 5 years, finding that the XX genotype showed a trend towards a higher risk of muscle injury and a significantly increased time to return to play (36 ± 26 days, vs. 20 ± 10 and 17 ± 12 days for RR and RX, respectively).

This study of 105 rectus femoris injuries in male professional football players found that kicking was the injury mechanism in 54.3%, sprinting in 30.4% and 15.2% were classified as others. 19.05% were free tendon injuries, 63.8% in the myotendinous junction and/or intramuscular tendon, and 17.1% peripheral myofascial located injuries. All free tendon injuries were related to kicking, so sprinting was never associated with injury to the proximal free tendon.

11. Finding Neymar: The Role of Colour in the Detection and Discrimination of Football Kits

Two experiments investigated how kit variations affect the search of teammates: Experiment 1 confirmed that discriminability is slower when playing in crossed kits (e.g., red shirts-blue shorts vs. blue shirts-red shorts), versus uniform kits (e.g., all red vs. all blue). Experiment 2 found that there is significant confusion when both teams wear the same-coloured shorts. Based on these findings, the authors suggest changes to the Laws of the game concerning kit colours.

12. Return-to-Play Times and Player Performance After ACL Reconstruction in Elite UEFA Professional Soccer Players: A Matched-Cohort Analysis From 1999 to 2019

51 players from 1 of the 5 elite Union of European Football Associations (UEFA) soccer leagues who suffered a complete ACL rupture between 1999 and 2019. 41 players (80%) returned to play after ACL rupture, with 6 (12%) experiencing a subsequent ipsilateral or contralateral ACL tear. The mean (±SD) RTP time for soccer players after ACLR was 216 ± 109 days (26 ± 18 games). Injured athletes played significantly fewer games and minutes per season and recorded inferior performances for 2 seasons after their injury. However, the game performance of injured players equaled or exceeded that of their matched controls by season 3 after injury, with the exception of attackers, who demonstrated a continued decline in performance.