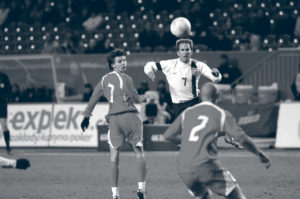 Header has long been, and still is, an essential football action. In fact, previous studies with players have been reported to perform on average 2.2–18.5 headers or aerial duels per game and many of the them are decisive for the game outcome. The pattern movement of headers varies depending on variables such as players position, league, teams levels, and header target (e.g., clear, pass). However, headers have been studied from different viewpoints, but none has analyzed the header situations from a descriptive approach during the competition.

“The pattern movement of headers varies depending on variables such as players position, league, teams levels, and header target (e.g., clear, pass)”

Seabra and Dantas (2006) found “Space of Defensive Occupation” to be a reliable indicator for the spatial characterization of team actions. This information would be useful for understanding where, why and how headers are executed in high-performance football.

A sample of 920 headers were randomly collected from the English Premier League 2017–2018 season, using InStat Scout® website platform. Frequency analysis of headers showed that (1) most led to ball losses; (2) almost half was performed during set plays, especially in goal kicks and throw-ins; (3) a substantial amount was executed to prevent spatial progress of opponents when employing direct attacks with long passes.

Analysis of header occurrences according to the game situation: 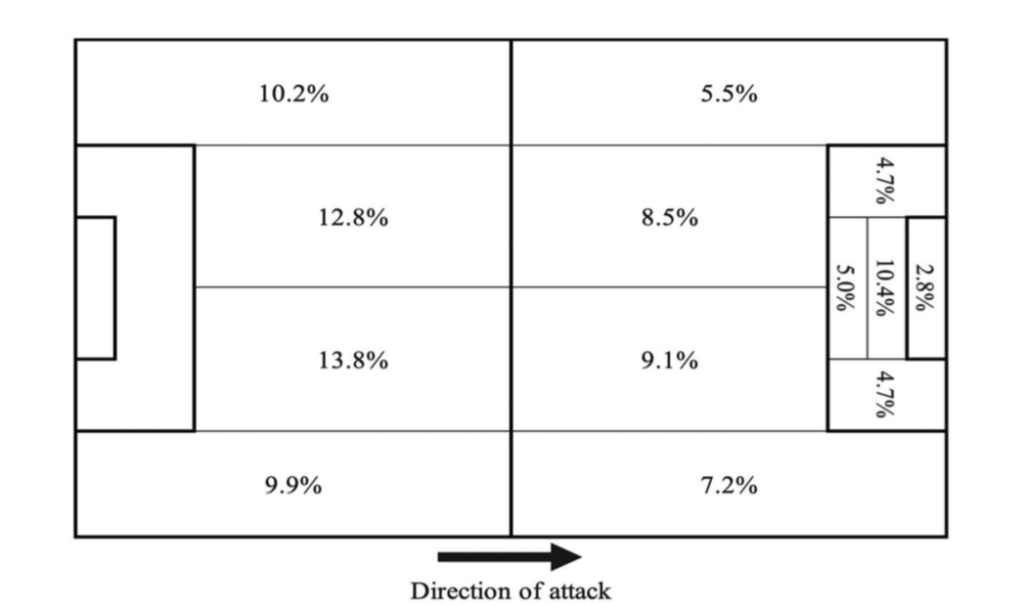 Analysis of the header purpose and the way of performing the action:

Analysis of association between game situation and the way of performing the header:

Analysis of association between header purpose and the way of performing the action:

In the FSI master, the topic is deepened by showing arguments and guidelines for the measurement and training of jump in soccer players.