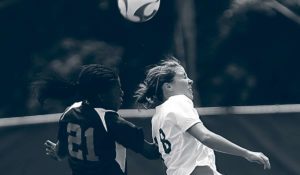 The effect of heading on brain structure has been a topic of debate in last months since England banned these actions on children during training sessions (USA banned in 2015). There are many investigations that have reported data on heading and brain injuries in different sports, however there is no clear agreement on this. For example, a review with young soccer players by O’Kane et al (2016) concludes that there is no evidence that the youth football title causes permanent brain injury and there is limited evidence that the title can cause concussion. In contrast, Bunc et al (2017) concludes that the consequences of head injury are evident as chronic changes in cognition, including disturbances in concentration and slowing of mental and physical agility.

“There are many investigations that have reported data on heading and brain injuries in different sports, however there is no clear agreement on this”

Given the variability in the designs and characteristics of the studies (e.g., population, equipment, prospective/retrospective designs), is not possible obtaining clear conclusions about that. However, heading ban in young players could be a “hasty decision” with negative effect on heading performance in the future (i.e., timing, step adjustment, head and body orientation) given the importance of early ages for the development of this skill.

In this research Beaudouin et al. analyzed the frequency and type of heading during one match (480 teams) and one training sessions (312 teams) in eight European countries. Different age categories were analyzed: under-10 (U10), under-12 (U12) (both of them female, male, or mixed) and male and female under-16 (U16) teams.

The main findings of this investigation were 6: 1) lowest number of headers per match in U10, 2) lower incidence (taking export time into account) in U10 players (from -19% to -37%), 3) total headers varied between countries (e.g., U10 from 2.9 to 15.2), 4) very few head injuries (none of them heading-related) resulted in a low incidence rate, 5) U10 teams carried out the lowest number of headers per training session (21.3±87.0) but when taking exposure times into consideration lower heading incidence rates were found in U16 females and males, 6) no head injury occurred during all training sessions.