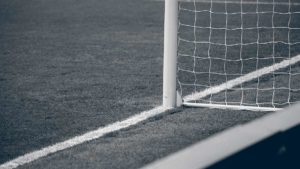 Soccer is a very popular sport and since the first women’s soccer world championship (China, 1991), women’s soccer has grown tremendously worldwide. In addition to this growing interest and the increase in the number of professional female soccer players and competitions around the world, the game per se has become progressively faster and more dynamic, which in turn may lead to an increased risk of injury. As a consequence, it is important to develop efficient and appropriate strategies for injury prevention, specifically designed for female athletes. However, in contrast to the high number of investigations regarding soccer injuries in men, epidemiologic data in female soccer players are limited. In this regard, comprehensive analysis of a large sample of elite female players is required in order to provide coaches and practitioners with more consistent information concerning the epidemiology of injuries in these athletes. Thus, this prospective cohort study examined the incidence and risk factors associated with injuries in top-level female soccer players.

The aim of this prospective study (2003-2004 season) was to investigate the incidence and type of injuries in a large sample of elite female soccer players (n = 165 athletes from 9 teams of the first German national league).

After analyzing the data prospectively collected, the authors reported that:

The incidence rate of injuries is higher in games than during training sessions, which seems to be similar to studies with elite male soccer players (Arnason et al., 2004; Hawkins and Fuller, 1999). Particular attention should be given to preventive measures related to ankle sprains (the most frequent injury) and, especially, to (also frequent) ACL ruptures (the majority occurring during noncontact situations).