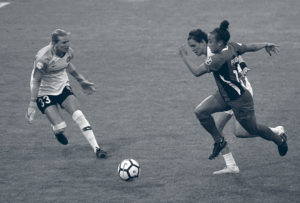 This study investigated the progression of physical performance variables through a national program database of high-level and international-level female soccer players, from 12 to 34 years old.

After analyzing the data of 143 female outfield players from U15, U17, and U20 age categories, and Women’s Senior NationalTeams, the authors observed that: