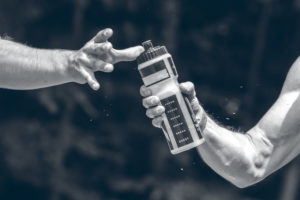 Hypohydration is known to decrease plasma volume and increase plasma osmotic pressure. Although the increased plasma osmotic pressure mobilizes fluid from the intracellular space into the extracellular space, this amount of fluid is not sufficient to totally restore plasma volume (Kenefick and Cheuvront 2016). Therefore, skin blood flow and sweating response will decrease during exercise, thereby increasing body core temperature. The decreased plasma volume also results in decreased cardiac output and increased heart rate, leading to a higher physiological strain (Kenefick and Cheuvront 2016). These physiological responses have been demonstrated in hypohydrated soccer players (Nuccio et al., 2017). Regarding soccer performance, hypohydration may cause a significant decrease in aerobic and sprint performance, and dribbling and cognitive skills (Ali et al., 2011). Several studies have examined and reported the prevalence of pre-exercise hypohydration in different soccer populations and different contexts. Nevertheless, the overall prevalence of pre-exercise hypohydration in soccer players is currently unknown.

After analyzing the results of the 24 studies included in the systematic review, the authors reported that:

The prevalence of pre-exercise hypohydration in soccer players observed in this study is of concern for coaches, sport scientists, and nutritionists. Although differences were observed in the prevalence of hypohydration after a subgroup analysis, it demonstrated a considerable presence among all player groups, regardless of sex, competitive level, and context. This indicates that a lot of progress can still be made amongst all subgroups.