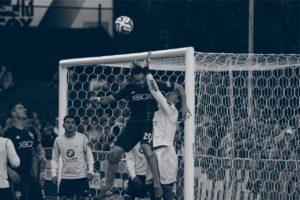 Sport-related concussion is a subset of mild traumatic brain injury induced by a blow either directly to the head or to another part of the body with the force being transmitted to the head (McCrory et al., 2017). A concussion results in a short-lived disturbance of brain function that causes various symptoms and clinical signs which typically last a few weeks but, in some cases, can be more persistent and delay return to play (McCrory et al., 2017). A history of multiple concussions increases the risk of sustaining another concussion. Overall, sport-related concussions account for about 5–9% of all sports injuries (Gessel et al., 2007). In soccer, concussions represent 1–5% of all reported injuries, with an incidence of 0.004–2.44 concussions per 1,000-player-hours (Prien et al., 2018). To date, few studies have evaluated soccer-related concussions (SoRC), concussion symptoms, and/or recovery in large populations of soccer players.

The purpose of this study was to investigate the occurrence of previous concussions and analyze possible concussion symptoms among elite soccer players.

After examining the concussion history and its related symptoms in 1,030 Swedish soccer players (402 women, 628 men), the authors observed that:

In contrast to the evidence-based recommendations, this work revealed that more than one-third of the players continued to play after sustaining a concussion. The outcomes of the study highlight the negative effects of multiple concussions as an association was demonstrated between the number of previous concussions and the incidence of persisting related-symptoms.